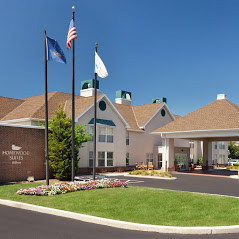 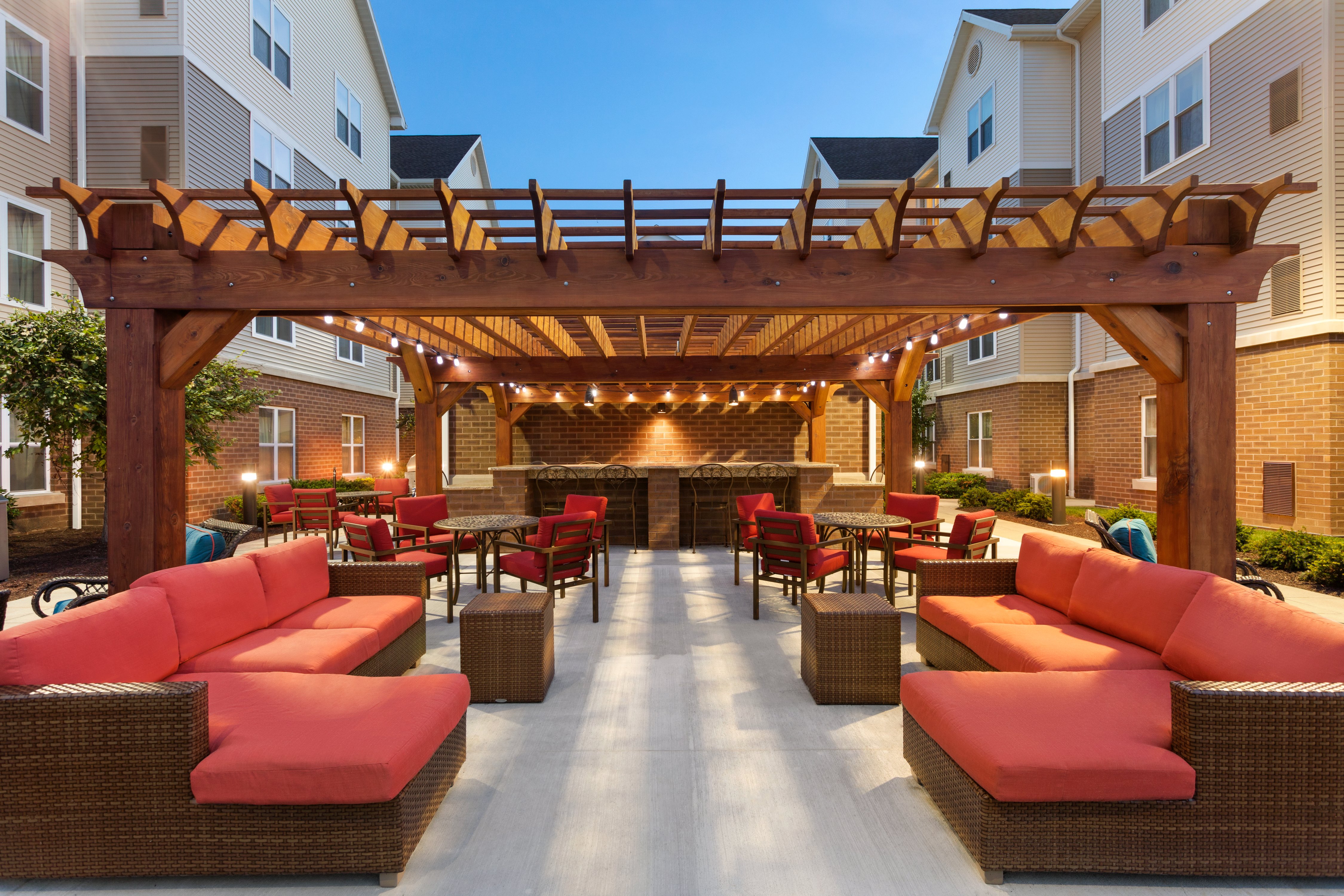 This extended-stay hotel in a business park off the Pennsylvania Turnpike and U.S. Highway 15 is 7 miles from the state capitol and 7.4 miles from downtown Harrisburg.

Free hot breakfast is provided, as well as complimentary light dinner and drinks (Mon-Thurs). The hotel also hosts weekly cookouts. There's a convenience store and a free grocery shopping service, plus a business center and coin laundry. Guests can use a fitness center and outdoor pool. 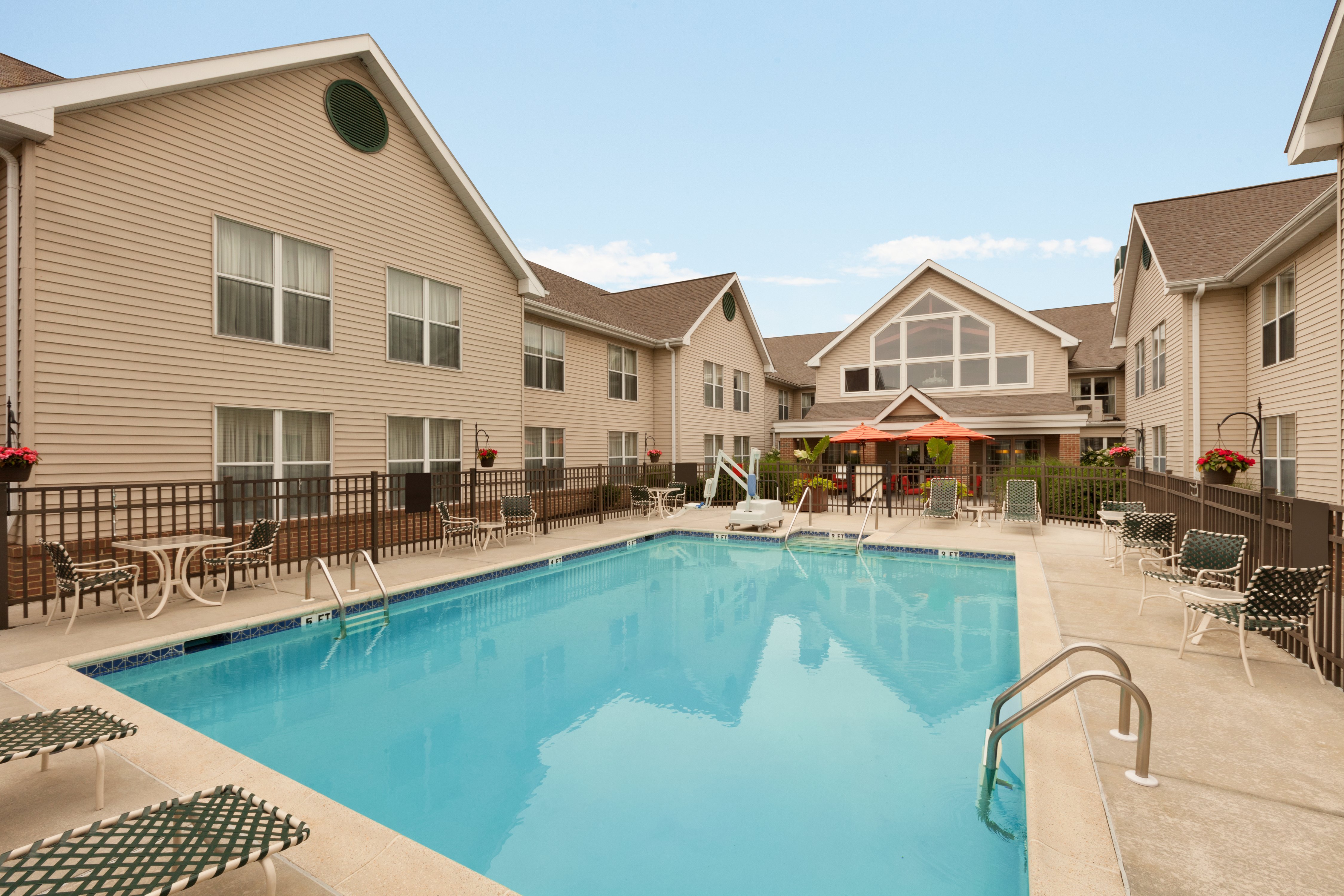 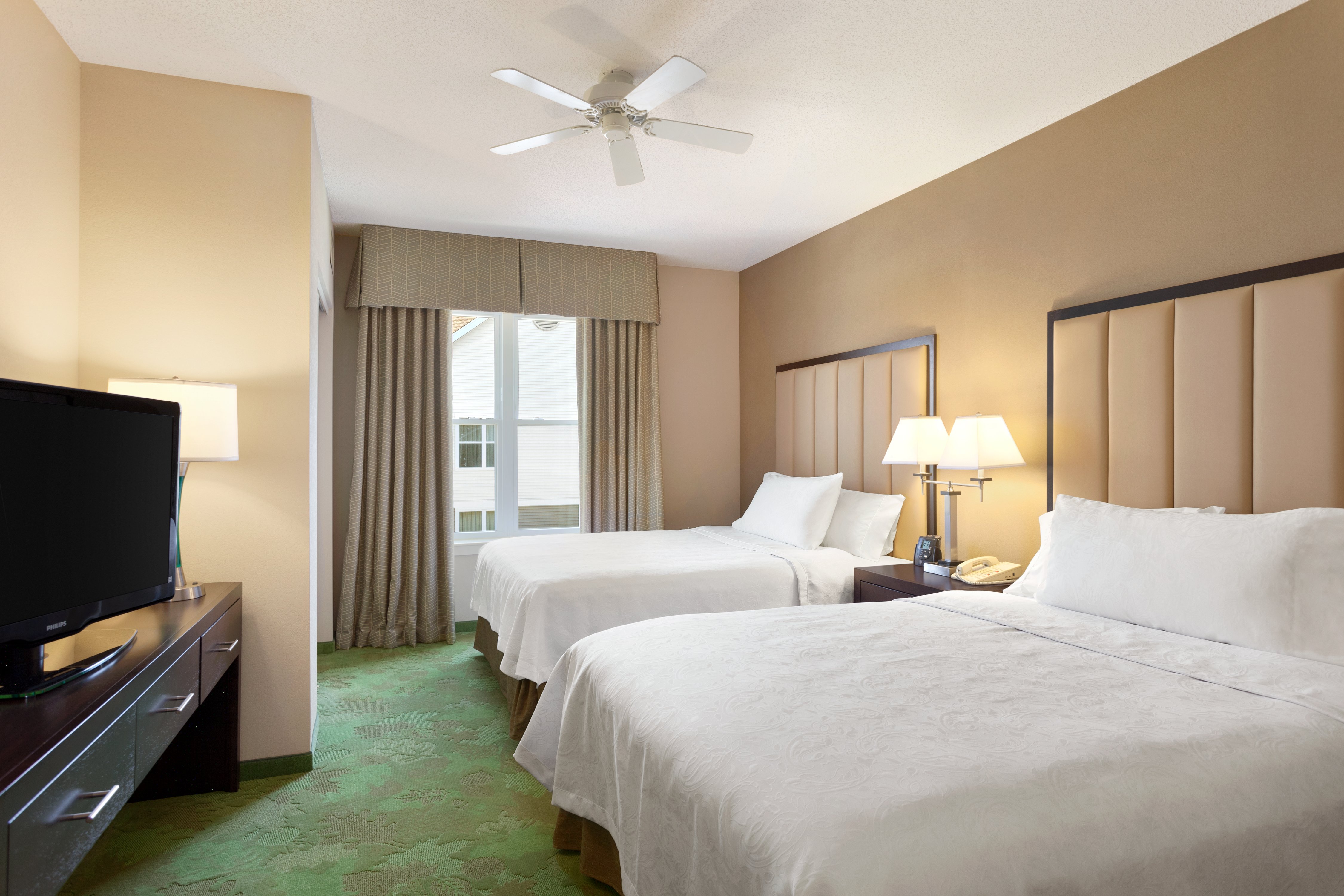 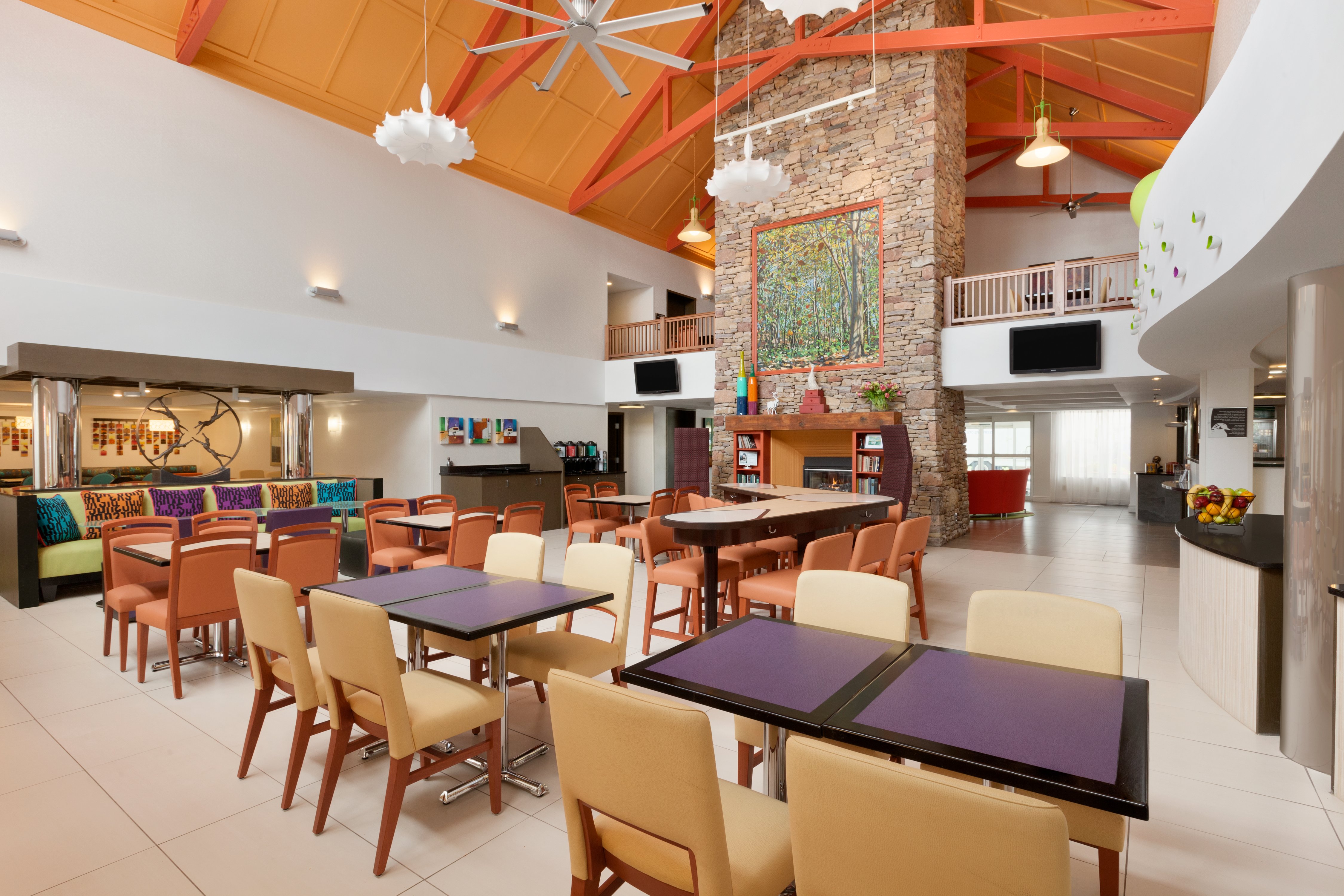 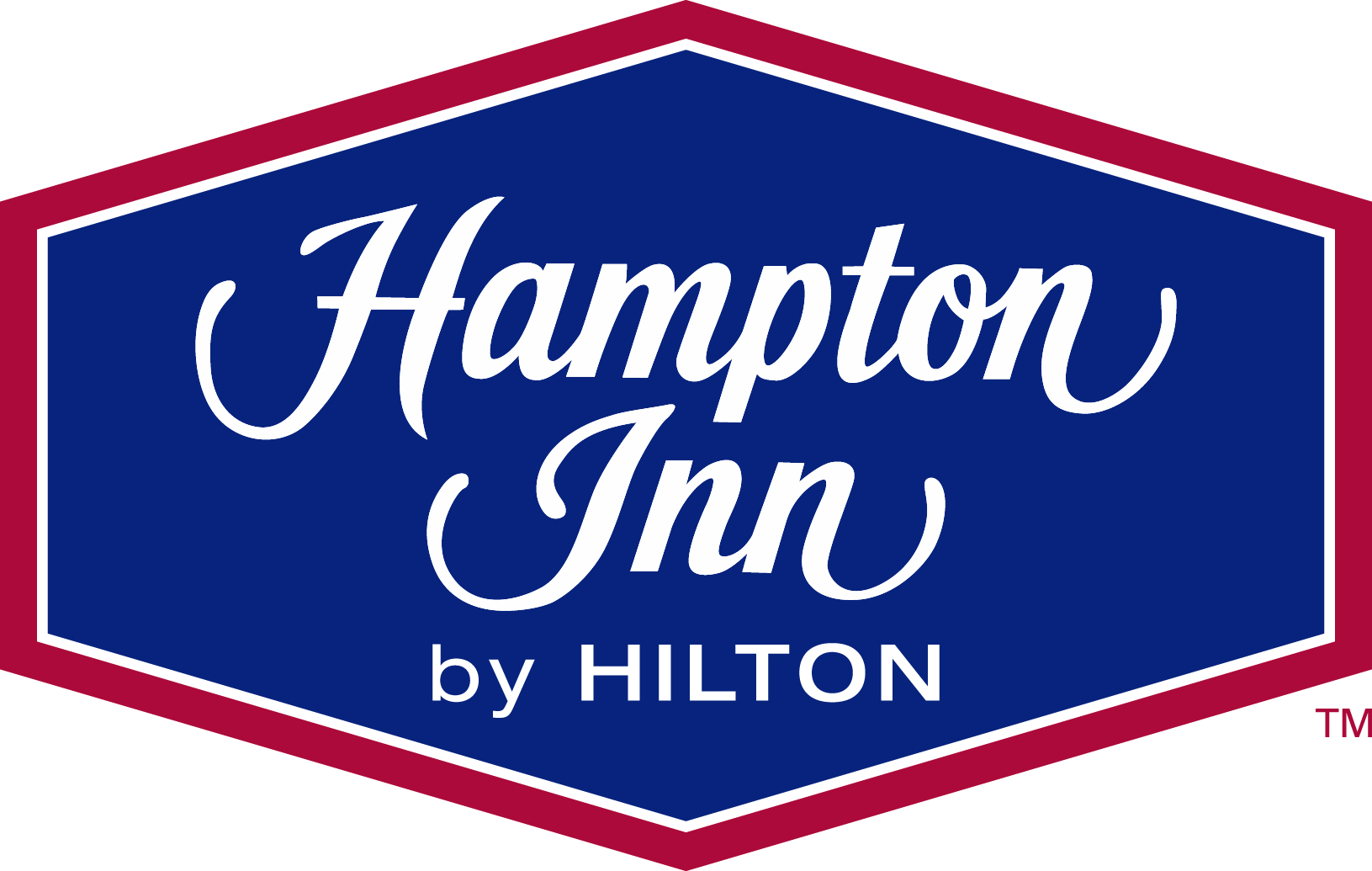 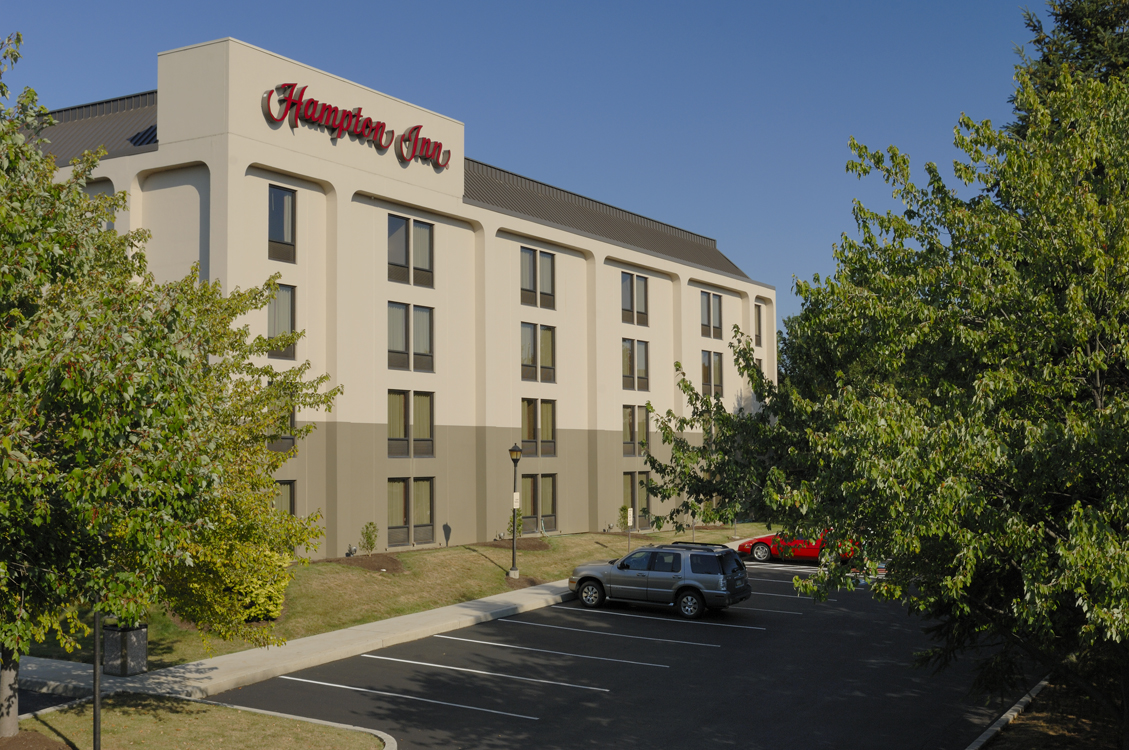 Off of Highway 76, this modern hotel is a 13-minute drive from downtown Harrisburg's shopping and dining, and Roundtop ski resort is 15 minutes away.

Coffeemakers, minifridges, flat-screen TVs with HD channels, and both full and lap desks (for working on the bed) are offered in each room, as well as free WiFi, microwaves and custom-designed beds. Suites add living areas with sofabeds.

There's a gym, plus a seasonal outdoor pool with a terrace. A daily hot breakfast (on-site) and the weekday breakfast bags (to go) are both free. Parking is included, plus there's a business center and 4 meeting rooms. 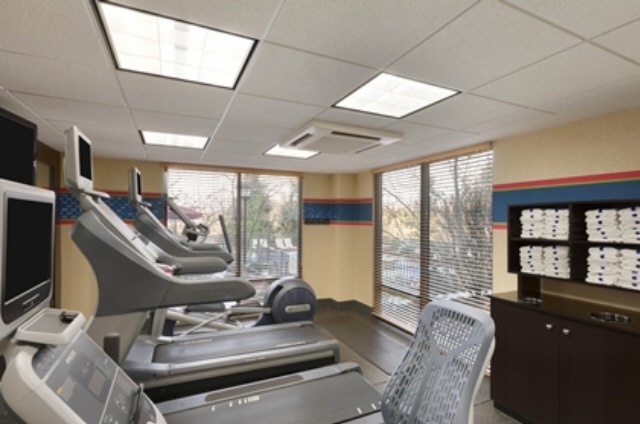 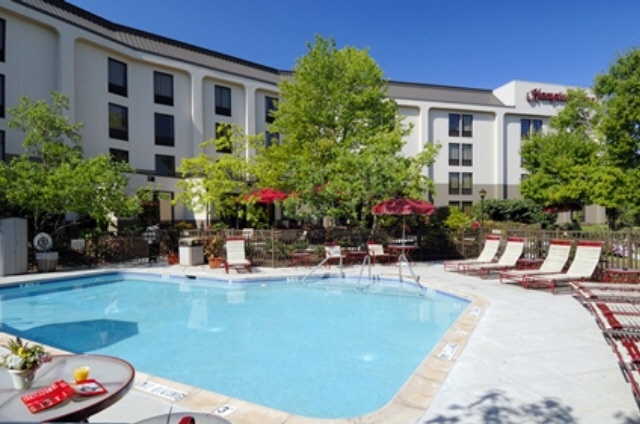 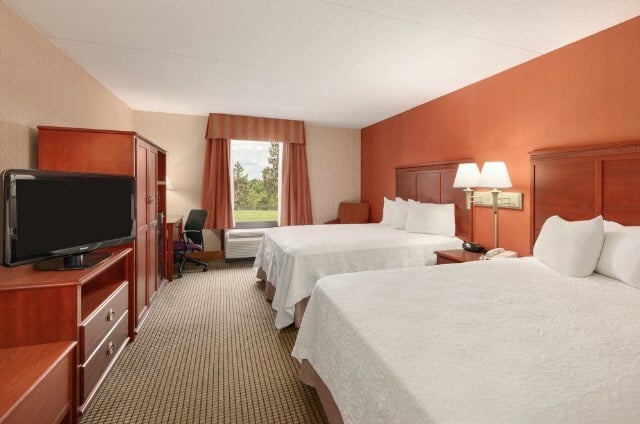 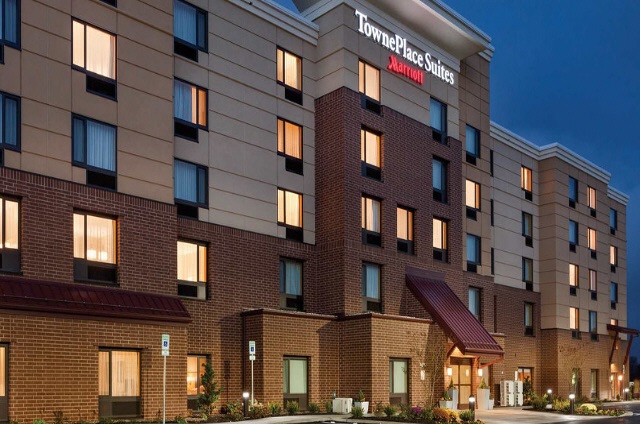 This straightforward extended-stay hotel is 3.7 miles from the Pennsylvania State Capitol and 11.9 miles from Hersheypark amusement park.

There’s free parking and continental breakfast, as well as a convenience store, fitness center and indoor pool. Other amenities include event space, a business center and laundry facilities. 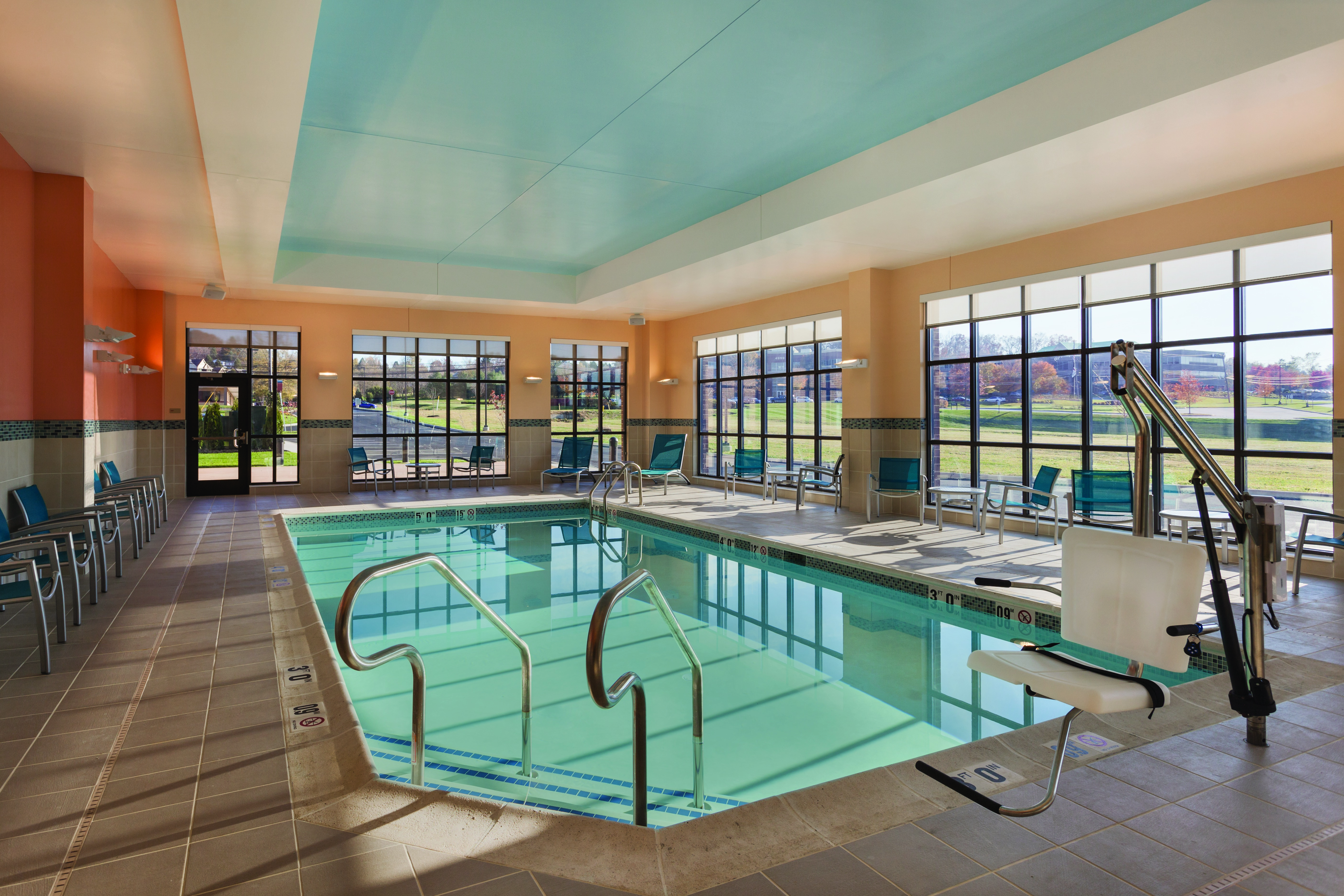 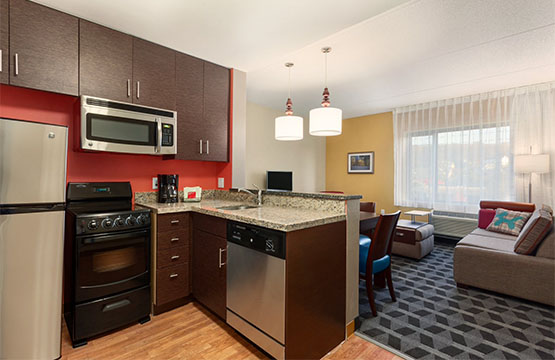 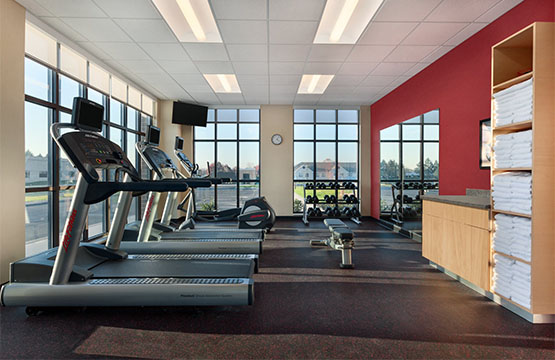 From the agricultural shows that gave the building its name, to the car shows, sporting events, conventions and other activities that take place here throughout the year, the Pennsylvania Farm Show Complex and Expo Center is home to many exciting events.

Featuring more than 200 shows, sporting events and meetings each year, and utilizing nearly one million square feet of indoor floor space, the Complex is one of the premier event locations in Pennsylvania. The flexibility of the Complex allows it to host major events around the entire facility, a private meeting or anything in between. 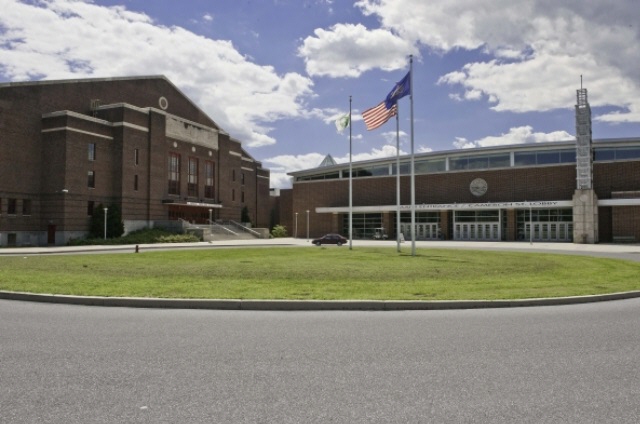 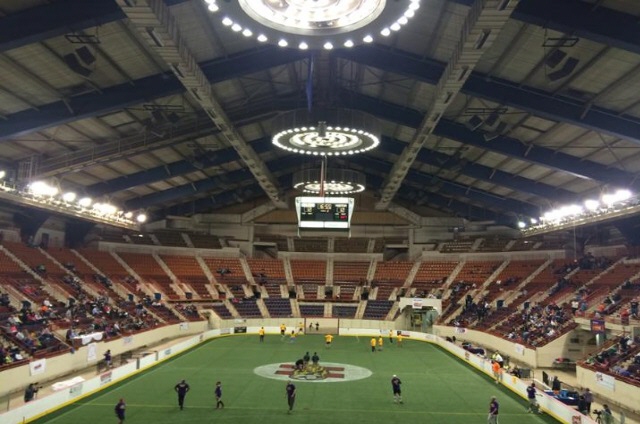 Since colonial days, farming has remained one of Pennsylvania’s top industries. In the mid-1600s, Pennsylvania’s founder William Penn organized an agricultural show for farmers to gather and share their knowledge. Throughout the next several hundred years, the gatherings were held in various locations throughout the state and eventually migrated to the capitol of Pennsylvania, Harrisburg. It was spread through various buildings in the downtown area.

In 2001, work began on a $76 million expansion and renovation of the facility. The Exposition Hall, Equine Arena, Equine Barn, wash racks, connector links, new heat and air handling units in the Large and Small Arenas, a new entrance to the Large Arena and an additional off-site parking area was included in the project. This latest expansion increased the exhibit space to nearly one million square feet including eight major halls and three arenas.

Throughout the years, the Farm Show has continued to thrive and grow, most recently hosting 585,000 visitors during the eight day event. Today, the Farm Show remains the largest indoor agricultural event in the world that includes 24 acres of animals, educational encounters, displays and food, family and fun. Each year at the Farm Show, people gather around to watch a real Texas-styled rodeo.

The 2020 Pennsylvania Auto Show will take place January 23th - 26th 2020 at the PA Farm Show Complex and Expo Center in Harrisburg. Experience the excitement when hundreds of the hottest new cars, trucks and SUVs fill the Expo Center. For the brave ones in the crowd, you can even zip line across the show! View the latest models of cars, including exotic vehicles and alternative fuel vehicles. A pre-owned showcase is also available and there will even be displays of vehicles not yet available from dealerships. This event will be a ton of fun for car lovers of all ages! 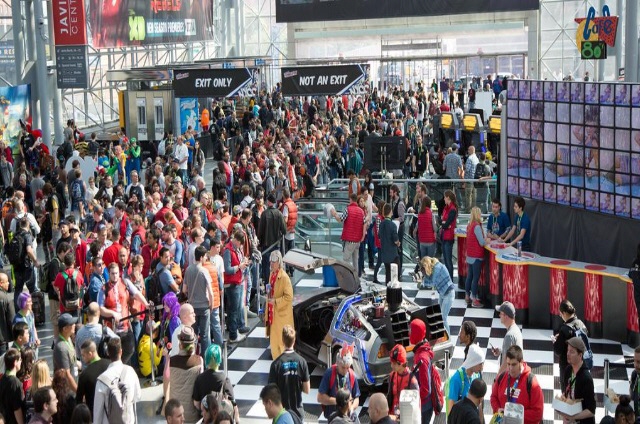 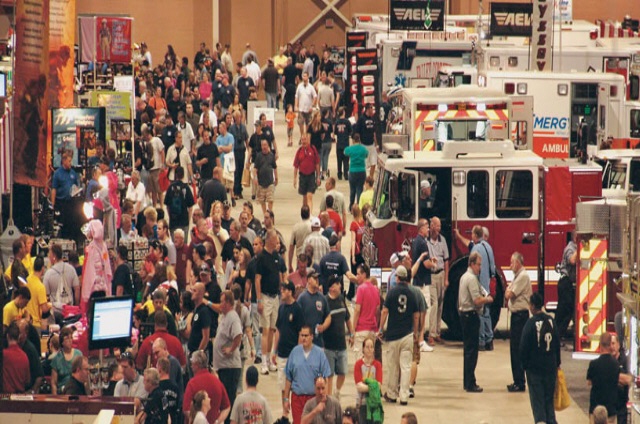 Lancaster County Firemen's Association Fire Expo is a popular annual event has taken place since 1973, and features over 350 exhibitors displaying in over 490 booth spaces and over 245 emergency vehicles on display. Next year's expo will be held from May17th to the 19th 2019 at the PA State Farm Show Complex & Expo Center in Harrisburg. It will showcase various products and services concerning the fire brigade industry and many more related displays and demonstrations in the Automotive, Electronics & Electrical Goods, Logistics & Transportation, Power, Renewable Energy & Energy Conservation industries. Come on out and learn more about the organizations that keep you safe and sound!

This summer, the World’s Greatest Comic Convention is coming to our very own Harrisburg, PA. Comic-Con 2019 is here on Sept 21st and 22nd Don’t miss this opportunity to celebrate all things comics, anime, games, sci-fi, movies and pop culture with tons of other excited fans. Come out and meet exciting local and nationally acclaimed artists and get in on exclusive celebrity panels. Come see over 100,000 square feet of comic books and vendors. Don't forget to bring your favorite comic to get signed!

Have you ever wondered where milk comes from? Or how important bees are to us and the food we eat? What about how much can be grown on an acre of farmland? Discover all this and more when you become a Farm Show AgExplorer. 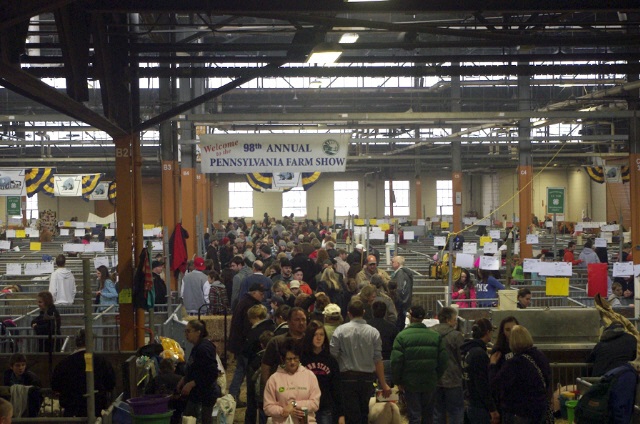 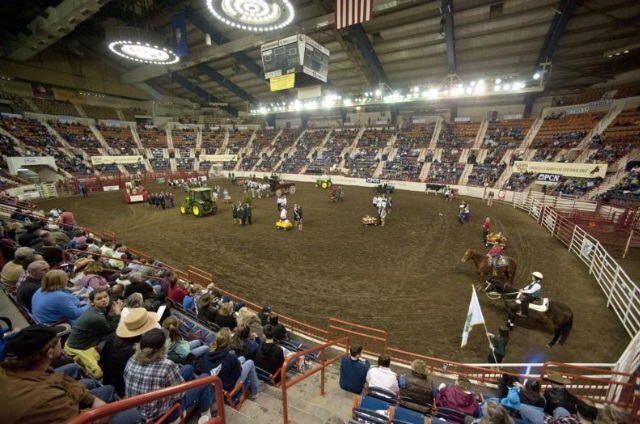